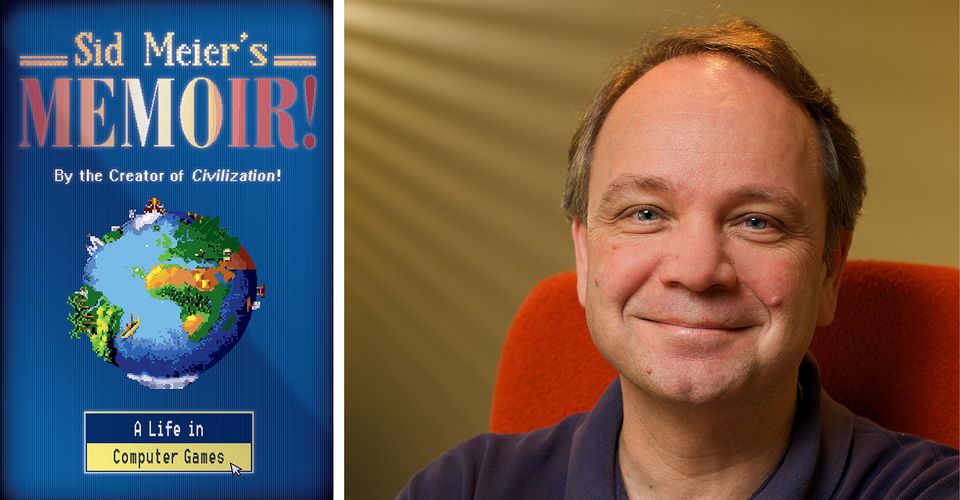 about his new book, Sid Meier’s Memoir! A Life in Computer Games

We are proud that Baltimore County is one of the oldest and largest homes of the video game industry.

The life and career of the legendary developer celebrated as the “godfather of computer gaming,” and creator of Civilization. This work was and still is done right here in Baltimore County, adding a new chapter to the county’s story.

Over his four-decade career, Sid Meier has produced some of the world’s most popular video games, including Sid Meier’s Civilization, which has sold more than 51 million units worldwide and accumulated more than one billion hours of play. Sid Meier’s Memoir! is the story of an obsessive young computer enthusiast who helped launch a multibillion-dollar industry. Writing with warmth and ironic humor, Meier describes the genesis of his influential studio, MicroProse, founded in 1982 after a trip to a Las Vegas arcade, and recounts the development of landmark games, from vintage classics like Pirates! and Railroad Tycoon, to Civilization and beyond.

Articulating his philosophy that a video game should be “a series of interesting decisions,” Meier also shares his perspective on the history of the industry, the psychology of gamers, and fascinating insights into the creative process, including his rules of good game design.

Sid Meier has been honored with virtually every award in the video game industry. A member of the Academy of Interactive Arts and Sciences Hall of Fame and founder of Firaxis Games, Meier lives with his wife, Susan, in Hunt Valley, Maryland.

Jennifer Lee Noonan holds two Bachelor’s degrees from the University of Texas, and spent five years as a video game sound designer. Her critically-acclaimed memoir, No Map to This County: One Family’s Journey through Autism, details one family’s journey through the modern autism epidemic, and the lengths to which a mother will go in order to heal her family. Her recent New York Times Sydney award-winning article, “Dupes and Duplicity” about 18th century femme fatale Margaret Caroline Rudd, can be found on damninteresting.com. Noonan lives in Austin, Texas with her husband and four children.

Please visit this link for confirmation and link to attend: https://historicalsocbaltoco.ticketspice.com/conversation-with-sid-meier

While we are offering this program for free, as a nonprofit in these challenging times we certainly appreciate any support you offer by joining as a member or making a donation. You can do this below if you choose.

Location: Note this is a virtual presentation hosted on Zoom ONLY.